Our troubled tale of a table begins on a dark and stormy night   … okay … it wasn’t stormy, but it was dark. I had been lured by a Craigslist ad and the price of $40 for a dining room table and six chairs.  When I saw the table it wasn’t love at first sight, but it was solid wood, had four leaves, and you couldn’t beat the price.  So I brought it home.  Little did I know what terrors that awaited me! Well maybe not terrors, but definitely stress and frustration!
I first mentioned this table here. My first inclination was to just paint it.  But then I saw a couple of examples like these in blog land and I was smitten. 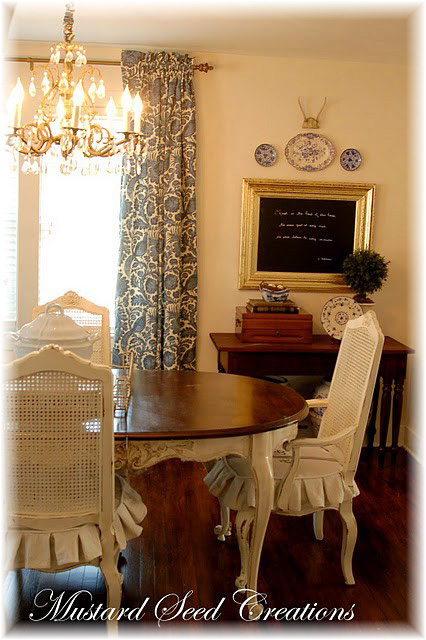 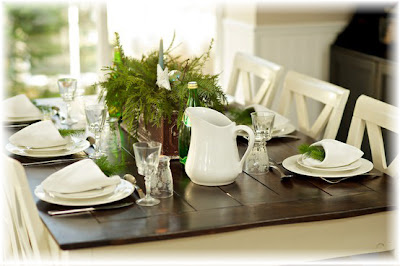 Simply Inspired Home
I loved the contrast of the wood top with the white painted base and legs.  So that’s what I was going to do.  The problem was I may have known how to paint, but I didn’t know how to refinish.  I had never tried it before.  But really, I thought, how hard can it be?  So I glanced at a couple of online tutorials, read a couple of blogs, and off I went to the hardware store!
I sanded the top coat off (or so I thought) and jumped right in with a brush (the stain can said to use a brush or a rag) and dark walnut stain.  It looked shiny, and you could see the brush marks.  Hmmm, I thought, this doesn’t look right.  I’m quick that way.  So I figured I’d have to let it dry, sand it off, and try again with a rag.  I thought the shine was because it was wet.  So I waited a couple of hours like it said on the can. 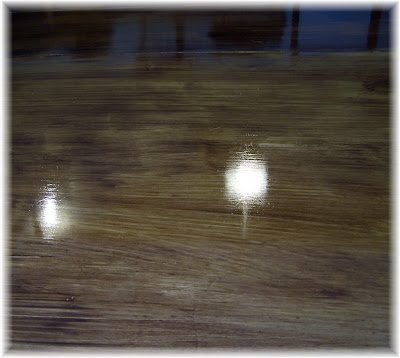 Then I waited a day.  Then another day.  Then another.
At the end of the week it was still sticky and I sensed it was a bigger problem than I originally thought – like I said, I’m quick that way. So I called a friend who has refinished furniture before.  “Did you make sure you wiped off all the excess stain?” she asked.  Wipe it off?  I was supposed to wipe it off??  I double-checked the can.  Sure enough, that’s what it said.  Guess I just kind of skipped over that part. And the shine?  I didn't get all of the original poly coat off.
So out came the electric sander.  The stain jelled up into little pieces that looked like mouse doo-doo or something equally as appealing. 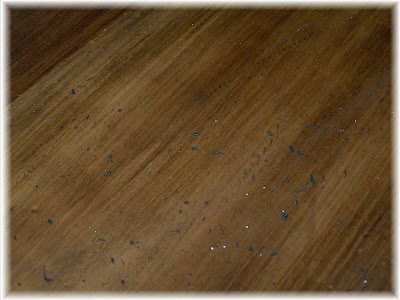 I sanded.  And sanded some more.  Finally I gave in and decided I needed to use a stripper.  I had read on a couple of blogs that Citristrip wasn’t as toxic as other strippers, so I tried that.  And it worked, except for a couple of spots where I had to redo. 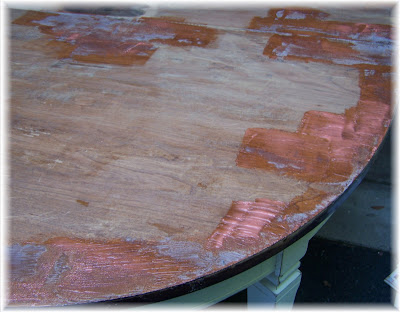 I stained it again, and I made damn sure I wiped off all the excess.
Okay, so the first failure was totally my fault.  But after that I say mysterious forces were at work.  That's my story, and I'm sticking to it!
Apparently there were a bunch of spots with the original finish that I had missed.  Invisible to the eye, but lurking there, waiting to pop out! So once again with the Citra-Strip the electric sander.  I sanded.  And sanded.  And sanded some more.  Parts of the table looked great.  But other parts had strange marks on them, and the more I sanded the more the weird squiggles etc. showed. 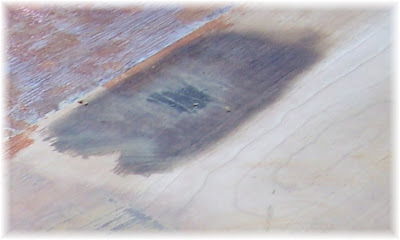 I tried putting some stain on one of the spots, thinking since it was lighter than the rest of the wood, the stain may even it out when I put a coat over the whole table.  That didn’t exactly work. 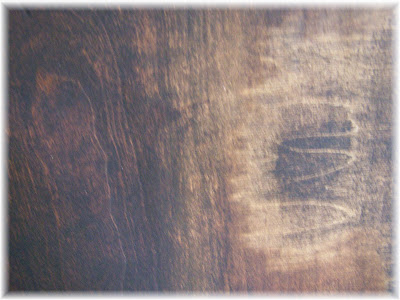 More sanding.  More Citra-Strip.  But I still ended up with strange spots and areas that wouldn’t take the stain. 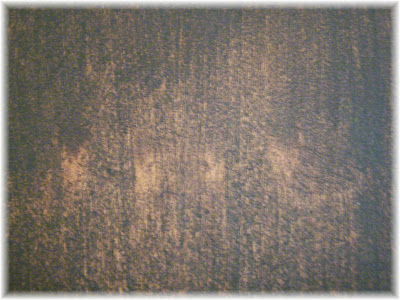 I tried again.  I wasn't going to let this table get the best of me! 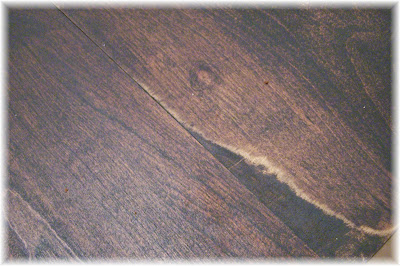 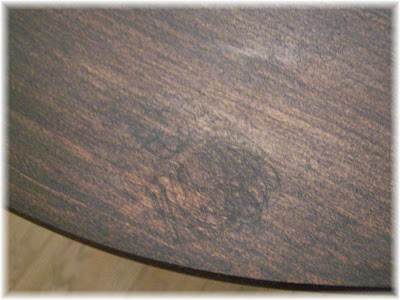 Finally, it won. I just couldn’t take it any more.  The table beat me.  It beat me bad. And I had to have a dining room table for a meeting I was hosting last week. I gave up.
We pulled it inside and used it for the evening. 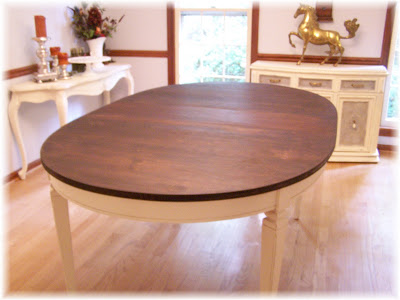 So here’s my latest dilemma:  Do I just put on a coat of poly and try to live with it?  I think it would bug me too much. Do I take another chance and strip it down to try again?  Who knows what the table has in store for me next? Or do I just chuck it and start over with a new table?
I’m still pondering. If any of you experienced refinishers out there have any advice for me, I'd love to hear it! Right now I’m thinking it could come in handy for firewood this winter!

http://typeadecorating.blogspot.com/2011/10/anything-goes-38-highlights-from-37.html
Posted by deborah@confessions of a craigslist junkie at 7:26 PM