I finally did it.  Something I've been wanting to do since we moved into the house 10 years ago.
Yes, I do tend to procrastinate.
I've been wanting to paint the brick around our fireplace, but the thought of using a special primer, then painting the whole thing again with latex paint just made me tired.
And then along came chalk paint!
Of course I've been using chalk paint on furniture for the last couple of years. I've seen other people in blogland use it for brick--even asphalt--and it looked great.  So I decided to take the plunge.
Here's the fireplace before painting. (The mantel was decorated for Valentine's Day) 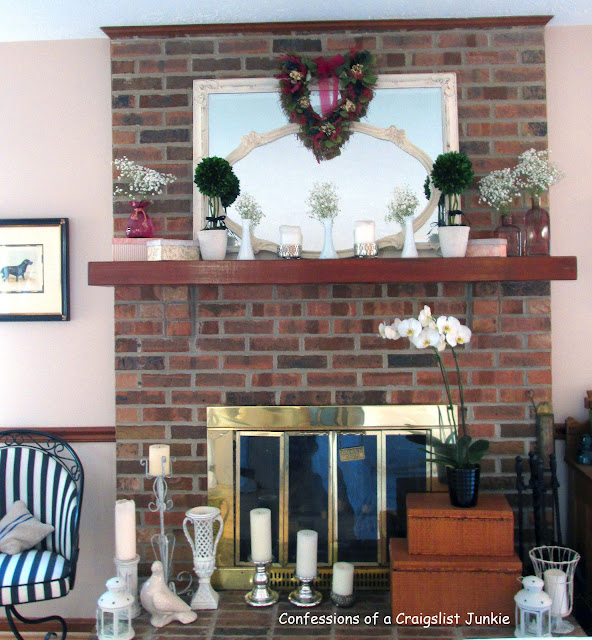 I used Annie Sloan Chalk Paint in Old White.  I read about a project in her book, Color Recipes, where she painted limestone walls, and decided to use the same technique on my brick.
She diluted the paint, so I did too.  I used about 2/3 paint to 1/3 water.  I just eyeballed it, so the ratio isn't exact. It took two coats.
After painting the brick, I decided the mantel stood out too much color-wise and cut the fireplace in half visually. 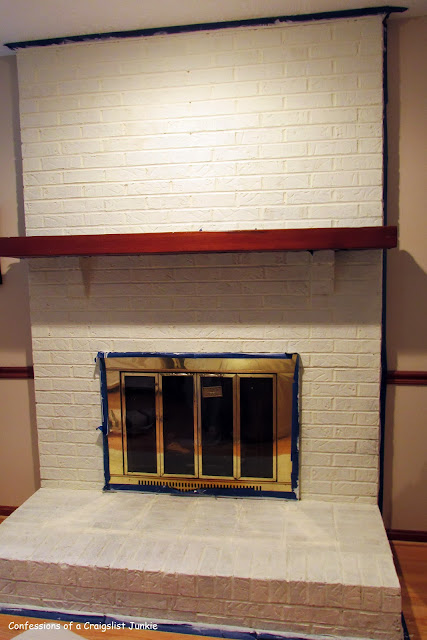 So I did a color wash on the mantel.  I was going for generally the same type of look as my door, which is on the other side of the room. 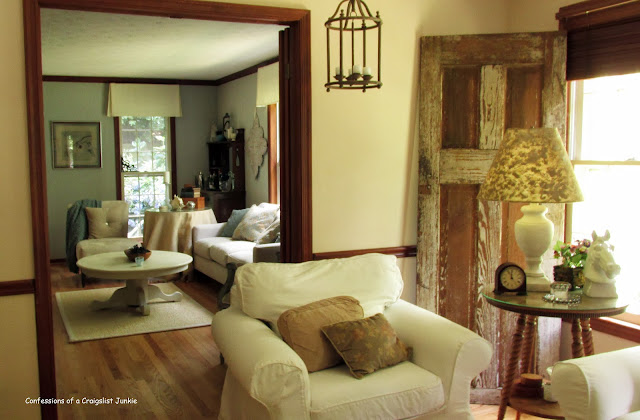 Here's the mantel after, with the wash.  I'm not liking the white with the color of the stain of the mantel wood, so I'll probably be painting the whole thing out.  But I'm going to live with it for awhile. 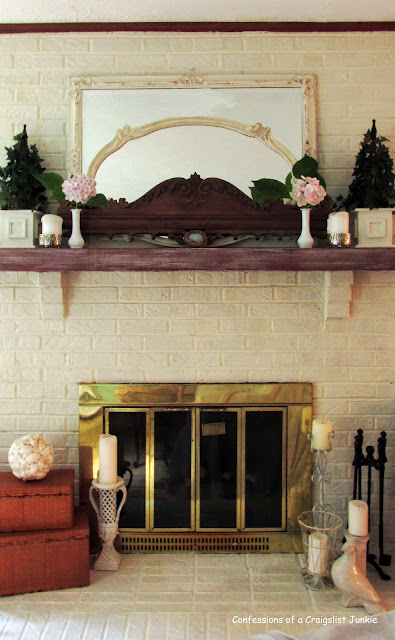 I was going to paint the dated brass fireplace doors with heat resistant black paint, but the doors are so rusted and hard to open, I decided to just buy a new set down the road.  Fireplace doors are not cheap though, so I will have to put up with the ugly brass for a bit longer. But it will look better in the long run.
I sealed the paint with General Finishes poly in flat.  I didn't want shiny bricks.
All in all, I love the change.  I think it brightens up the room and goes well with the beige walls and white furniture. 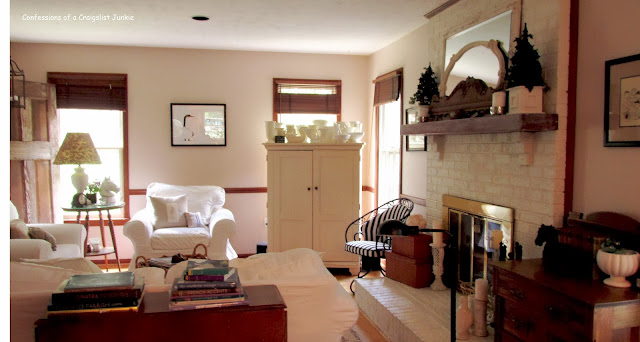 And by diluting it, it only took a little more than half a can of the ASCP. So the cost was cheaper than if I had to buy primer and paint.
Cheaper and easier--what more could I ask for?
Before, from last winter ... 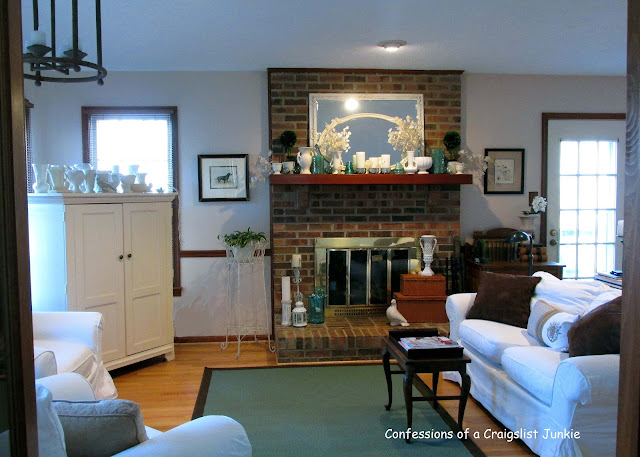 ﻿
And after, with my summer white pillows and the rug I changed out awhile ago ...﻿ 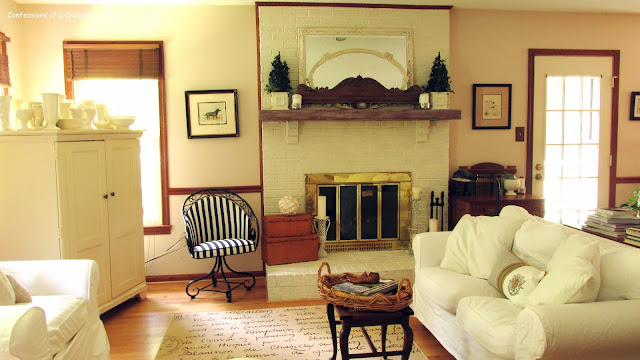 And in this case, procrastinating paid off, because chalk paint wasn't around 10 years ago!  :)

Posted by deborah@confessions of a craigslist junkie at 3:17 PM

Email ThisBlogThis!Share to TwitterShare to FacebookShare to Pinterest
Labels: Before and After, Decorating, DIY Projects