As part of "Operation Basement Clean-up" I'm trying to get all of the pieces I have stored in the basement painted this month.

I wish I had "befores" of these pieces to show you, because the difference is dramatic.   But I lost my camera, and the before photos were on the memory card that was in the camera. :-(  Actually I think the camera was stolen, because the last time I remember seeing it was at Mr. P's when I was taking some photos for Facebook.  Of course it's my fault for forgetting and leaving it lying around in the first place ...
Anyway, these are my first projects of the new year, taken with my old camera.  I hadn't done anything in white for awhile, and I wanted to do something cottagey with these pieces.

The first piece is an old, small buffet.  I bought it from a woman who came into the shop one day, and it's been sitting in the basement for months. It was originally dark brown wood and missing a knob. 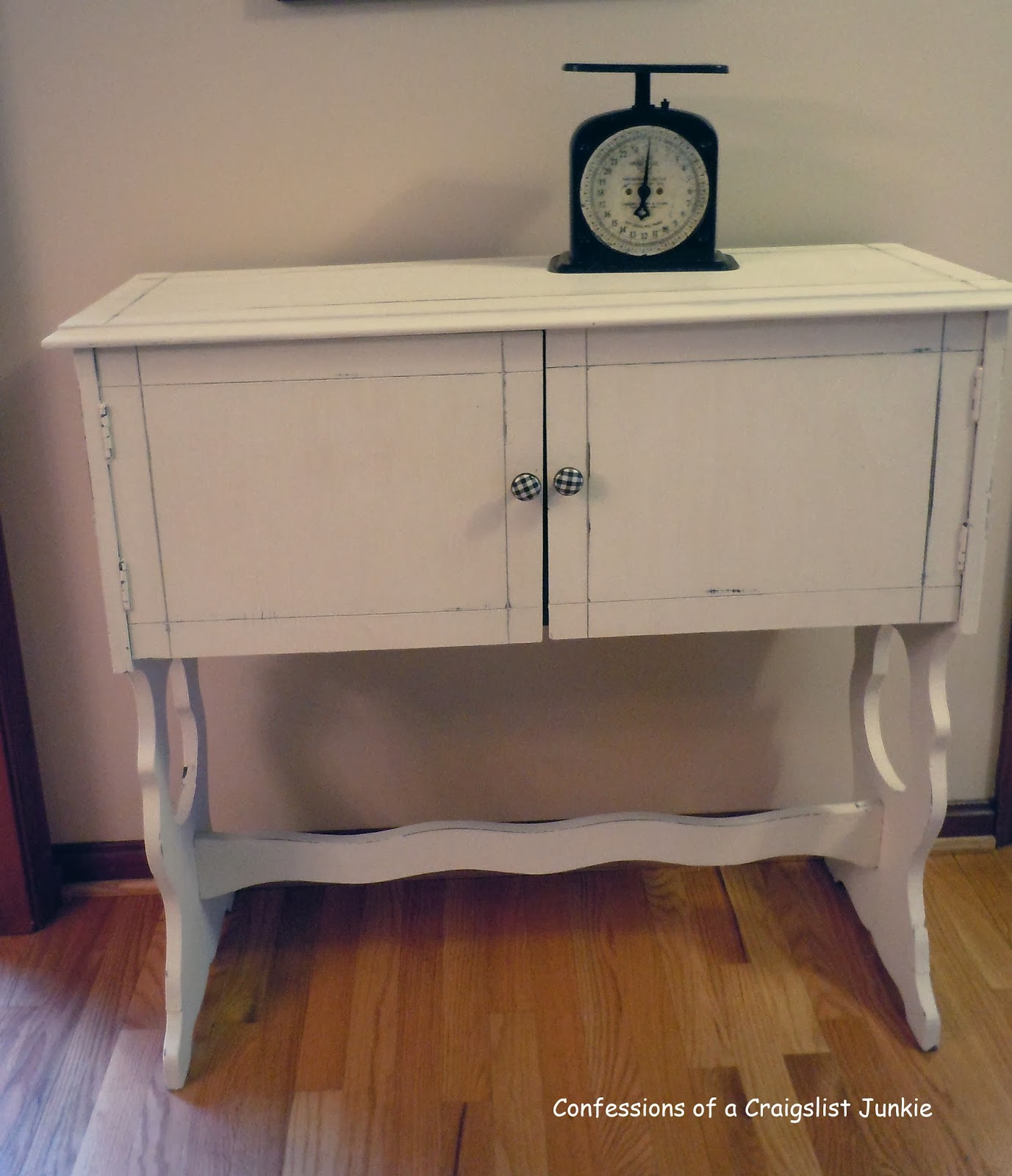 Because I was worried about bleed-through, I used KILZ primer as a first coat.  Then I followed that with two coats of ASCP Old White on the outside, and General Finishes Lamp Black Milk Paint on the inside. (The white spot is a hole in the back piece.) 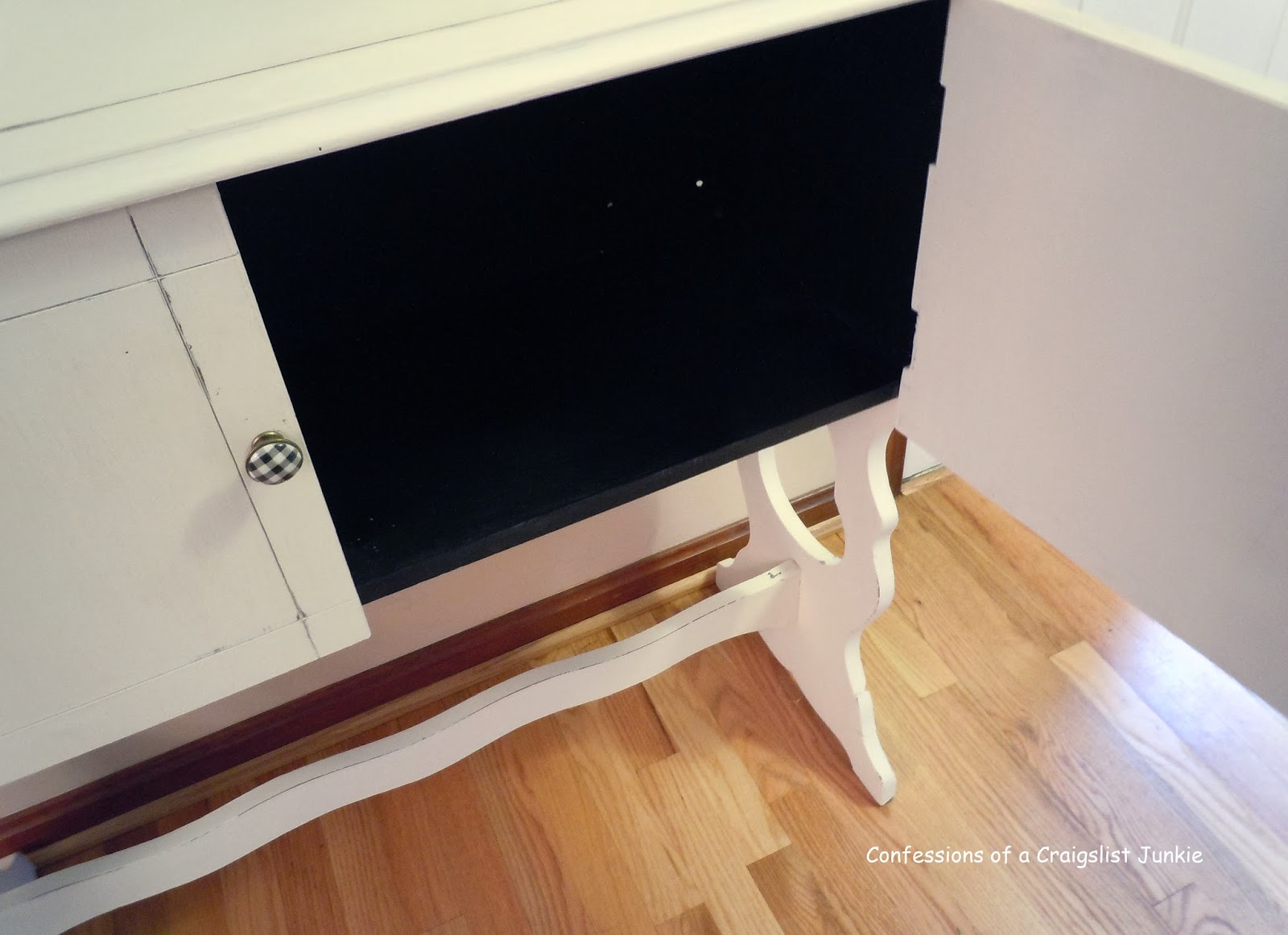 I distressed and waxed the piece and added cute knobs from Hobby Lobby. I used the wax from American Paint Company, which I LOVE! 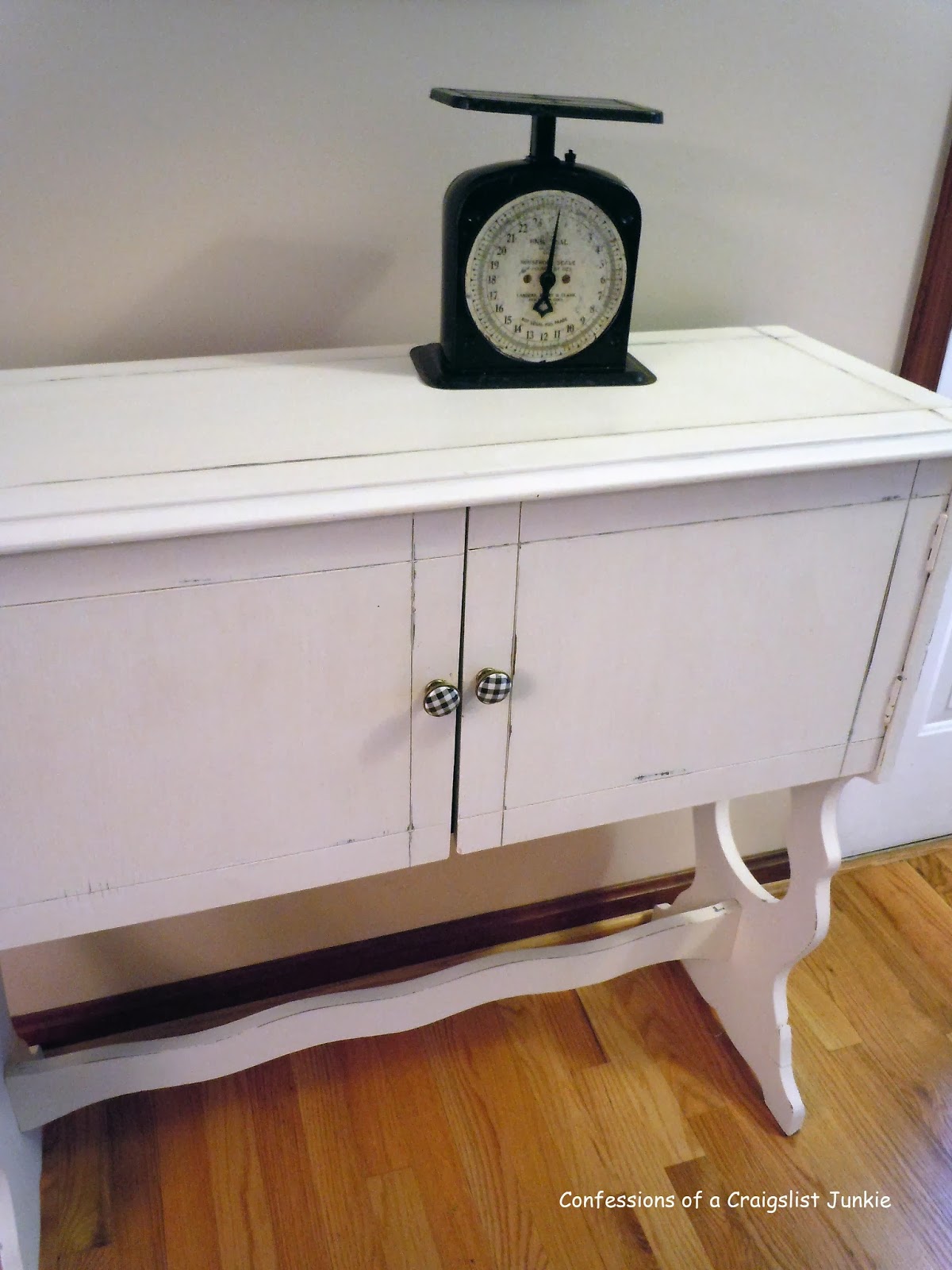 I think it would be darling in a cottage style dining room or kitchen.  It's smaller size makes it very versatile. 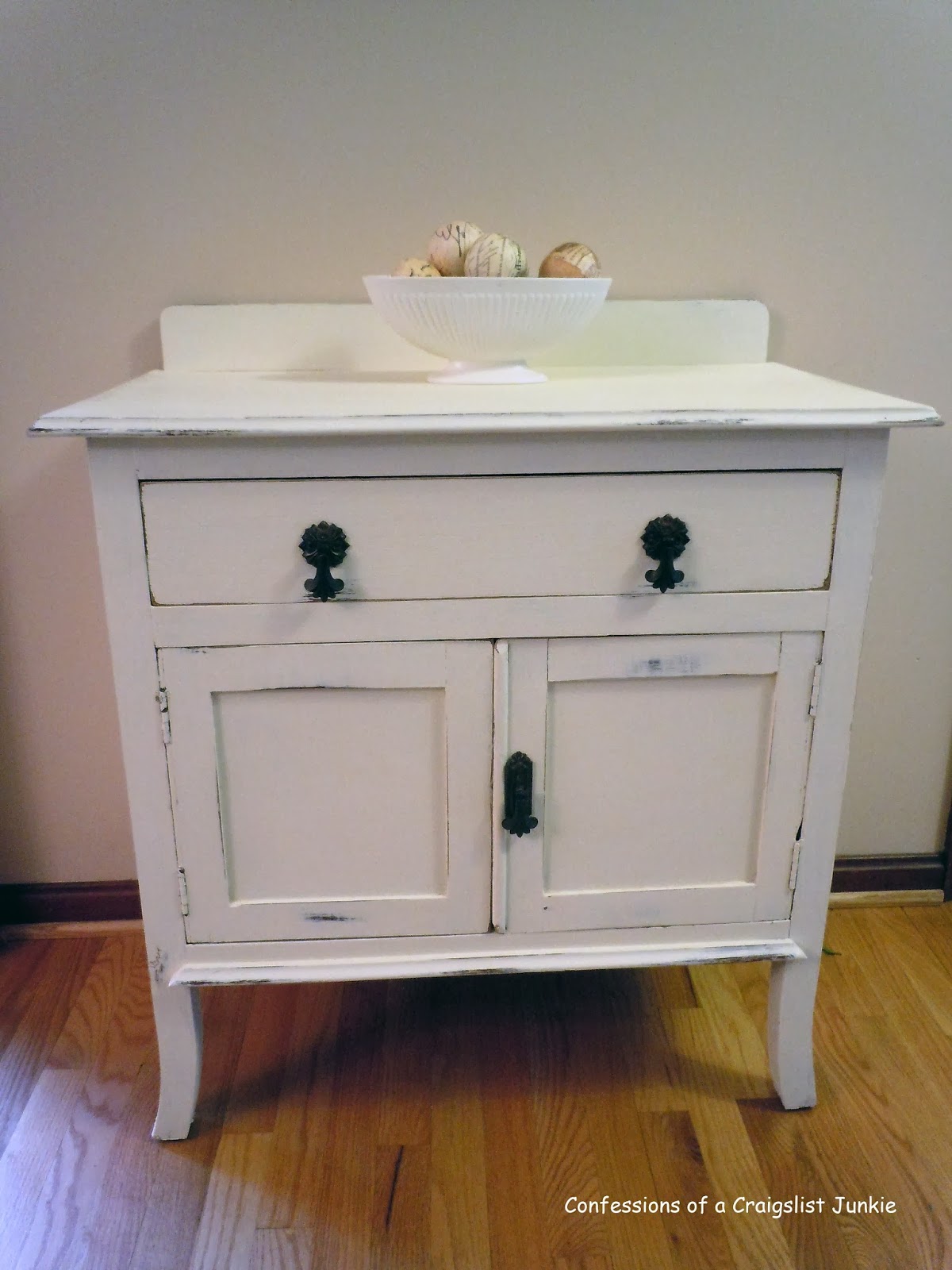 The second piece is a washstand I bought at an antique store when I was 19.  It was one of my first antique purchases on my own. It wasn't in the best of shape when I bought it, and that was ... ahem ... a while ago!  It was originally a medium brown finish. I haven't had it out in the house for years, so I decided to give it a new life with a coat of paint and sell it. 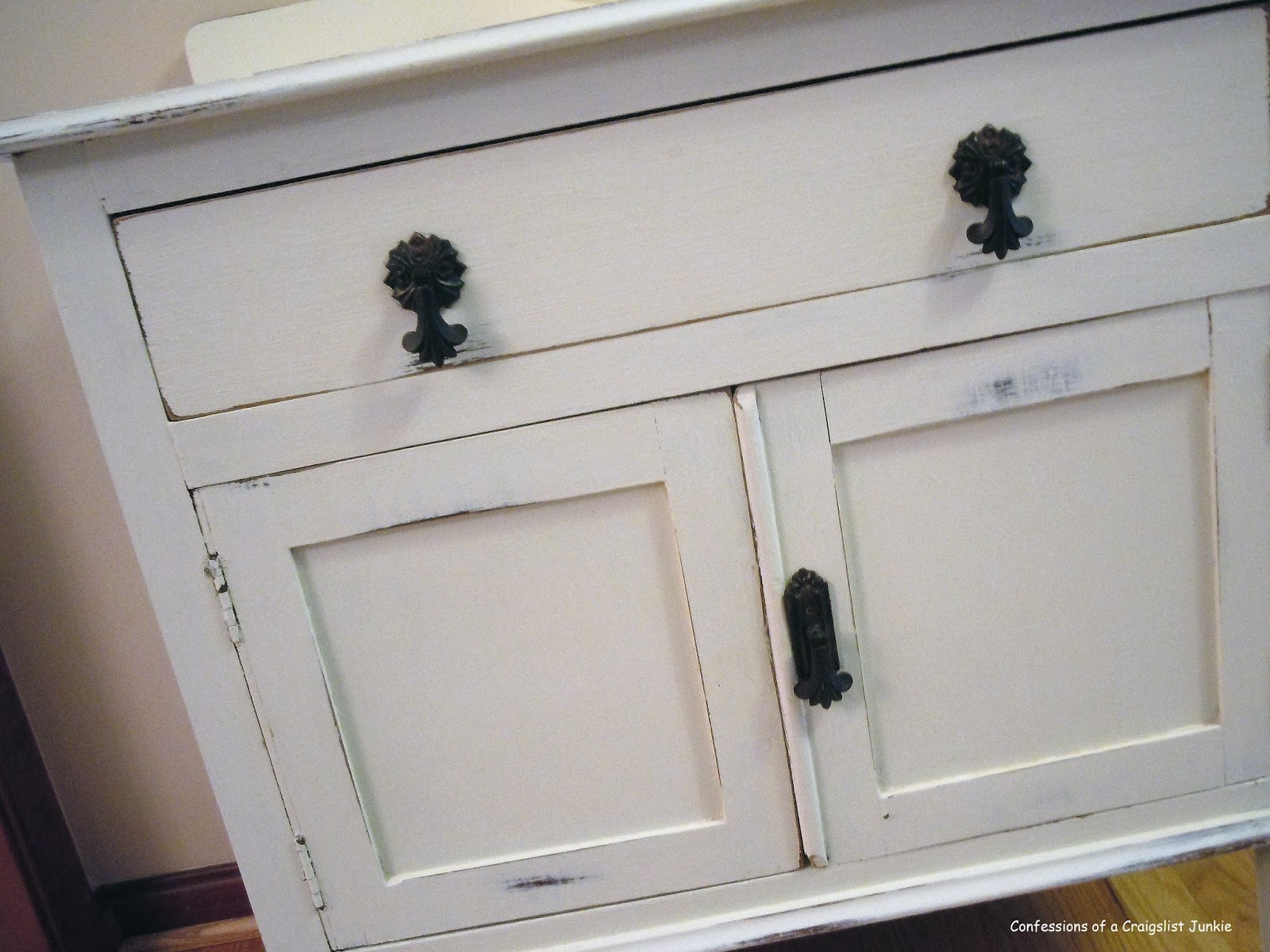 First I sanded the top down to bare wood because the finish was peeling and there were water marks.  The rest of the piece was okay to just take the paint. 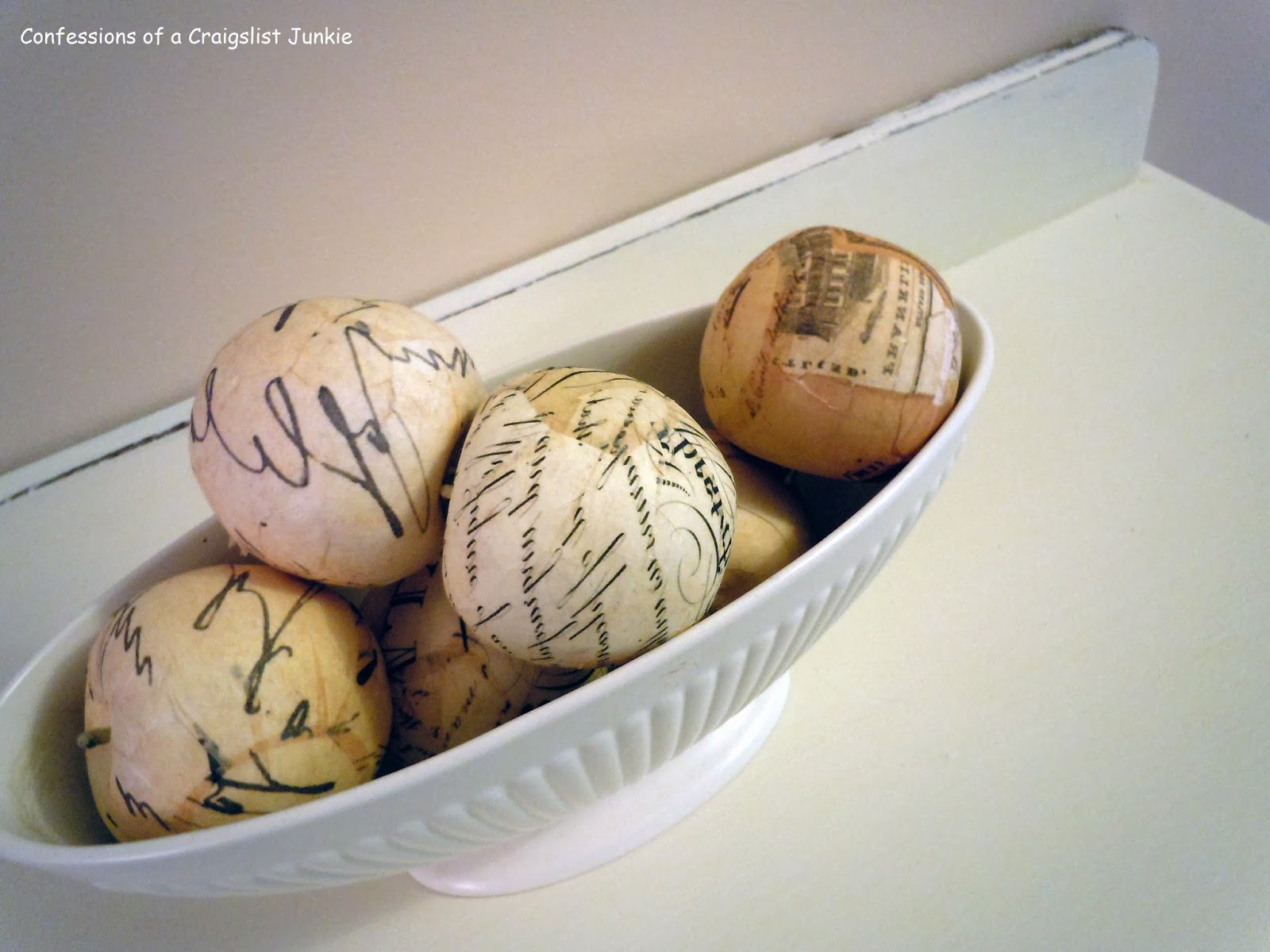 I used Annie Sloan Chalk Paint in Old White again for this piece. 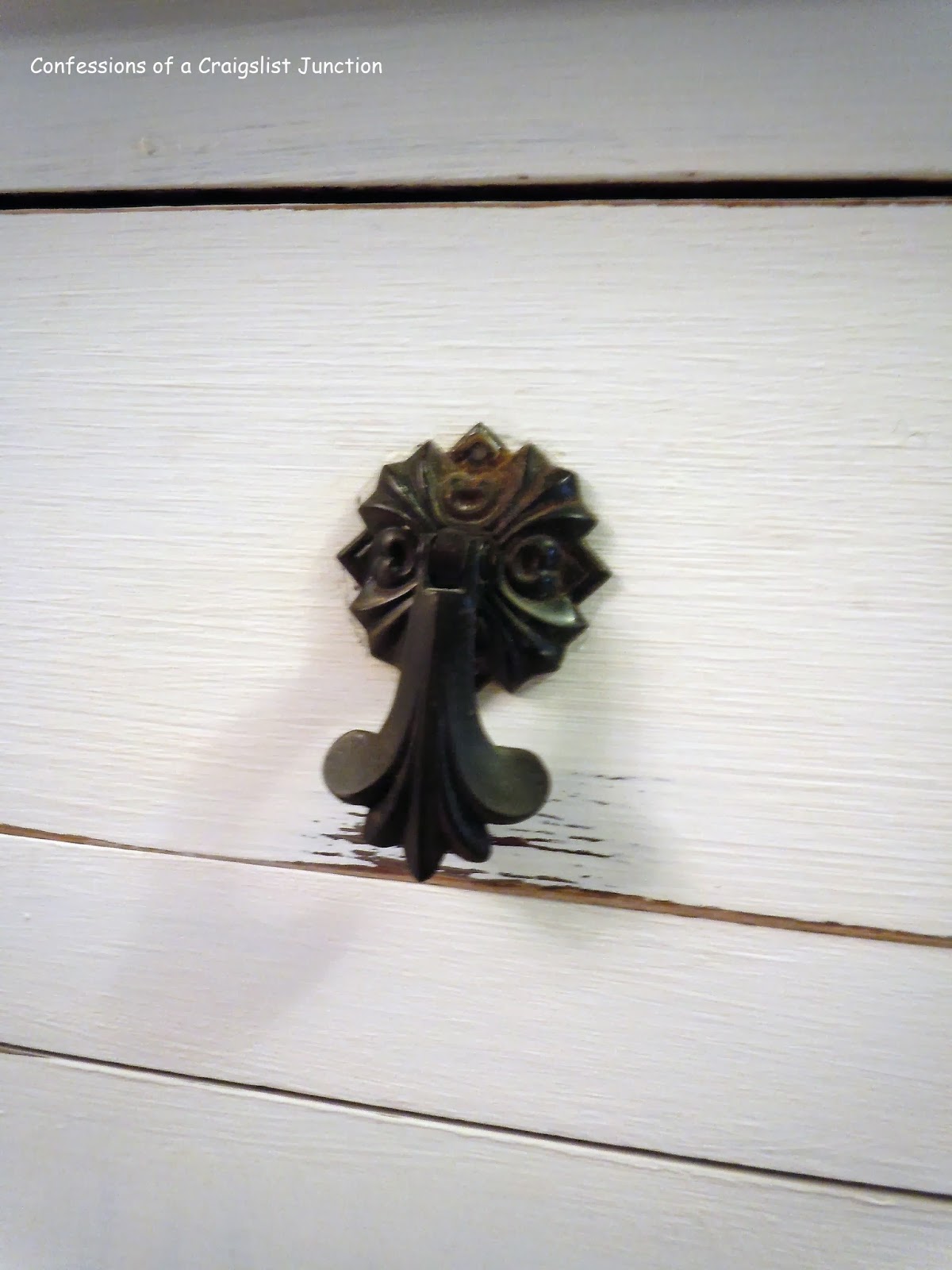 I gave it a distressing and waxed it, and put back the original hardware, which was my favorite thing about the piece. 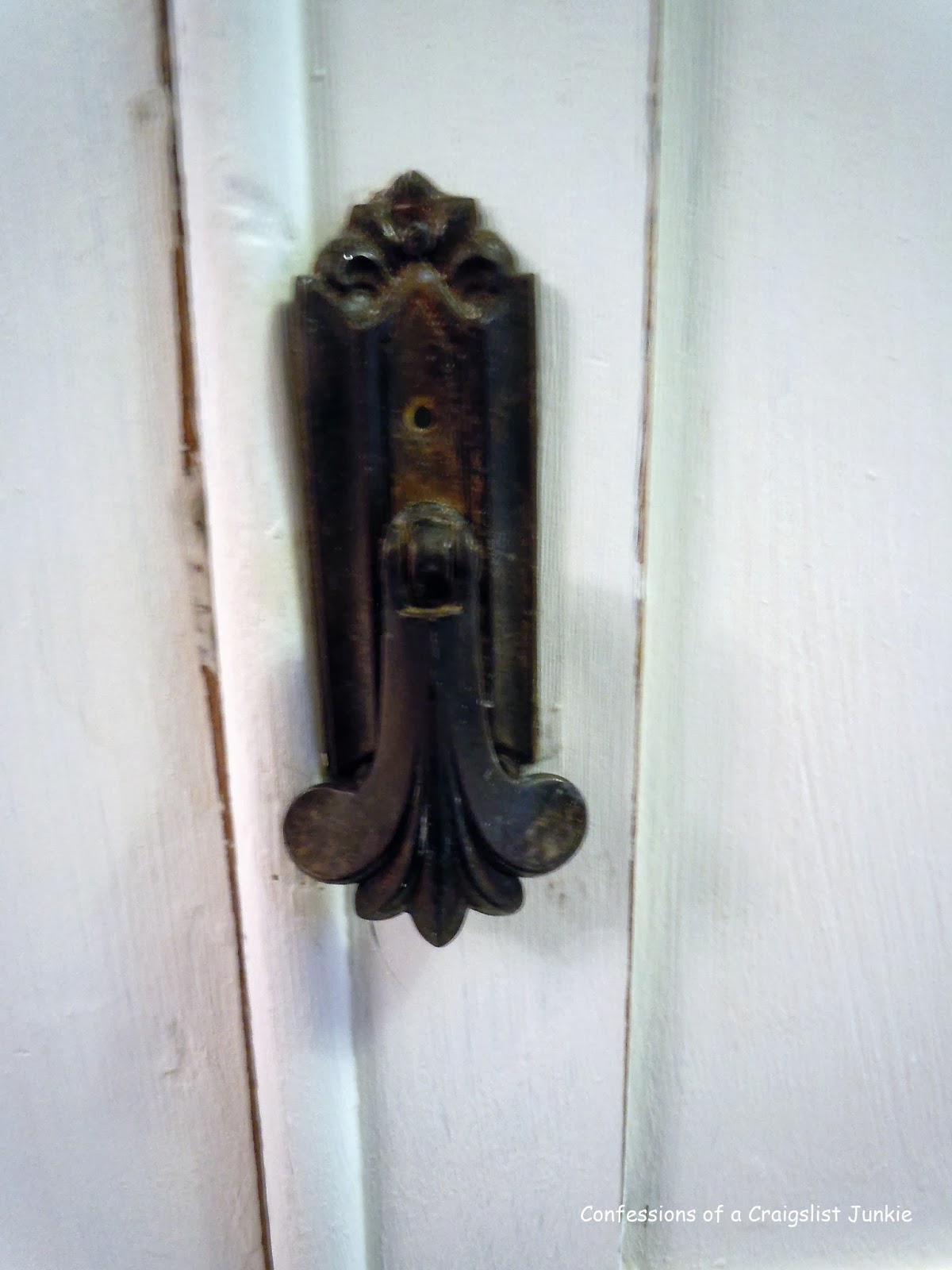 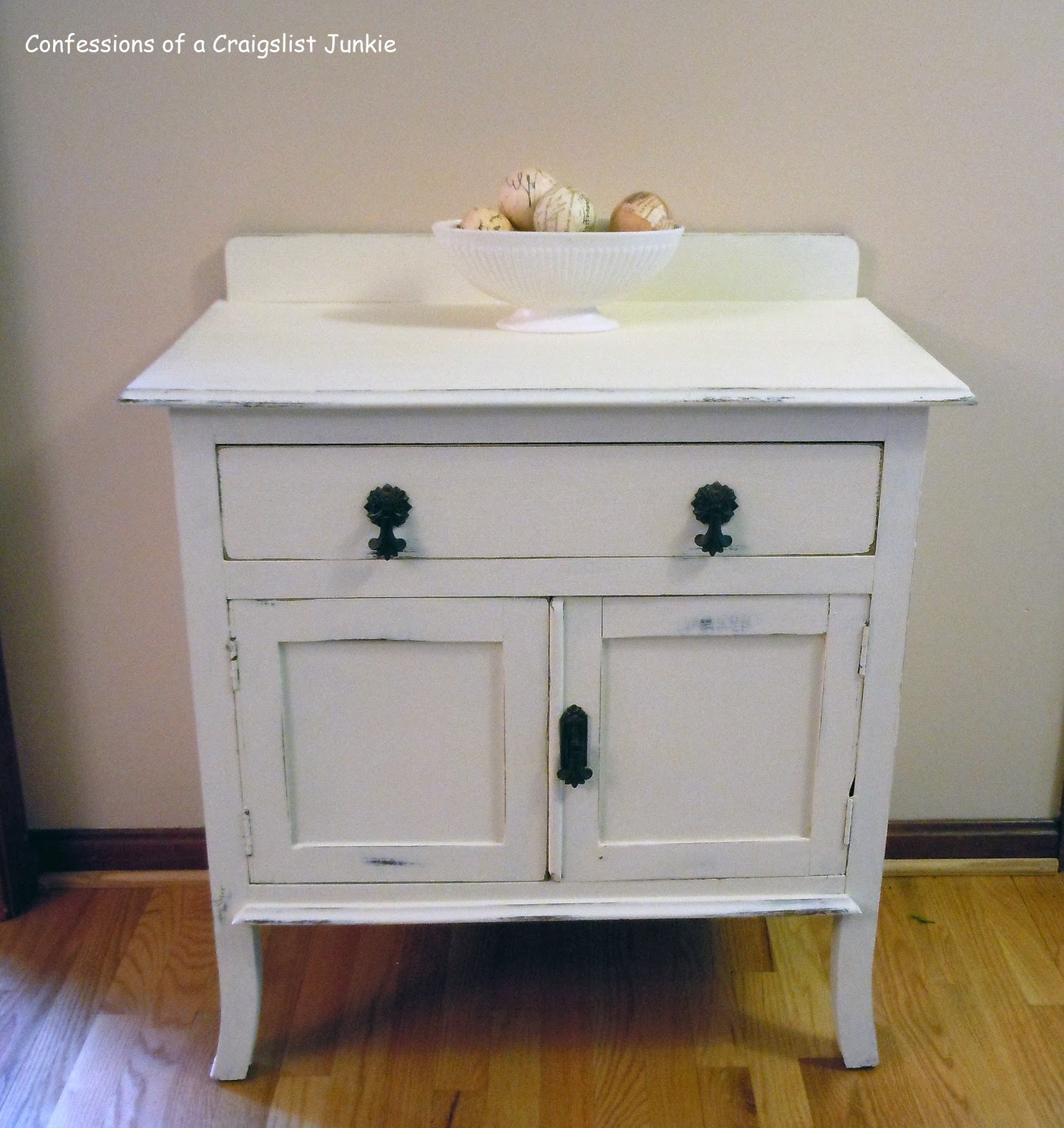 Both pieces are for sale at Mr. P's Emporium.
On to the next project in my basement stash!