Happy Friday!  I hope you all had a good week--and have a fun weekend ahead of you!

I can't say this week was particularly easy around here. We had water mitigation going on from the flood--five large, very loud fans and a huge dehumidifier were running in the house 24/7. You could barely hear yourself think--let alone hold a conversation!  Falling asleep was no easy task either.

It was also my first week on my new job, and I was on deadline to get a project done (I work from my home office). Plus our youngest son is home for the last time before his deployment:  He'll be going to Afghanistan in a couple of weeks and we won't get to see him again until early December.  (He's in the Marines--it's his second deployment there.)

So as you can imagine, I've been stressed, frazzled, and a bit down all week.  But today was a beautiful day, and my front garden is exploding with color from the Azaleas. 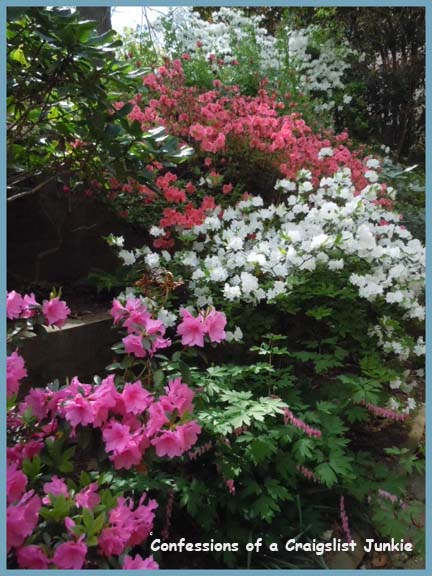 So I took some photos to share it with you! 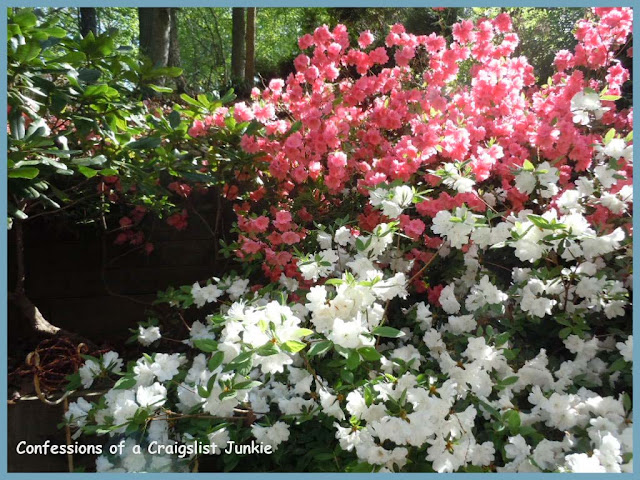 Azaleas are one of the few plants that actually thrive in our garden's conditions.  We are surrounded by trees, so all of our beds get only partial sunlight. 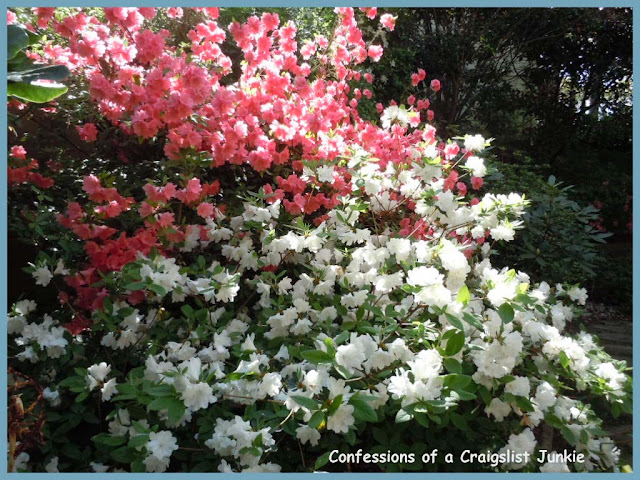 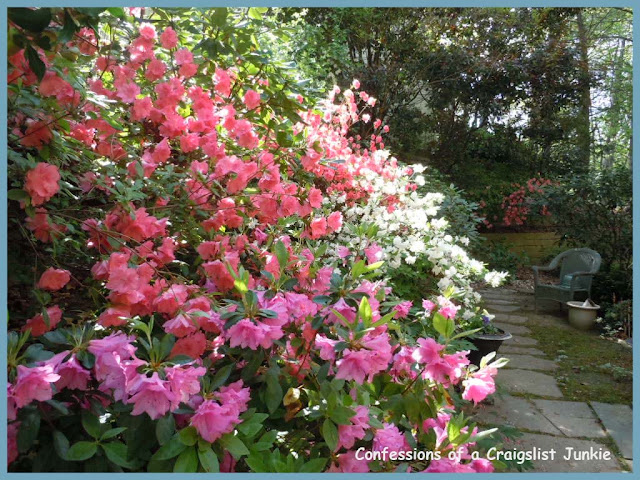 I'm also not all that great at amending the soil, fertilizing, and doing all the things you are supposed to do.  But year after year, the Azaleas kick off spring in a very dramatic manner! 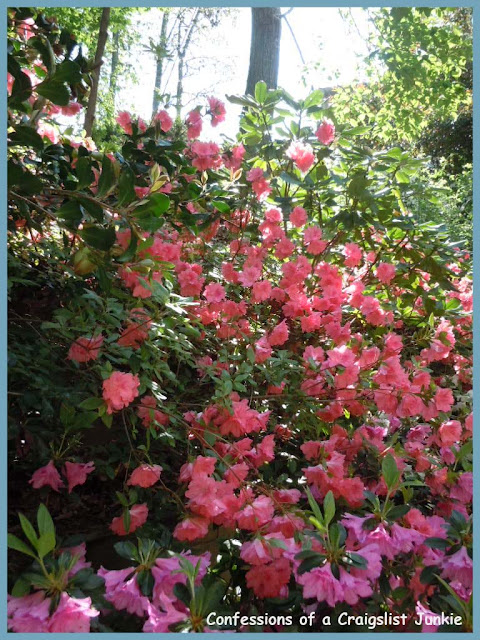 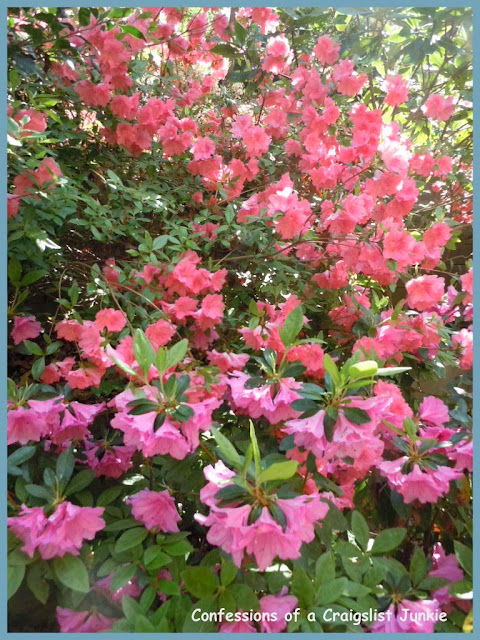 Whoever did the original landscaping for the house knew what they were doing--they planted a variety of Azaleas to bloom sequentially. 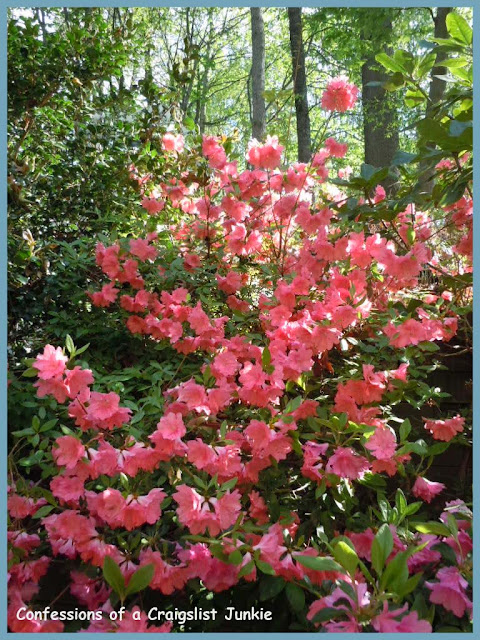 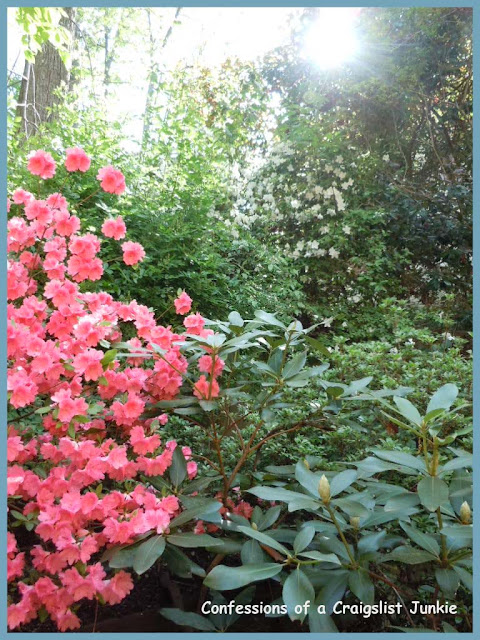 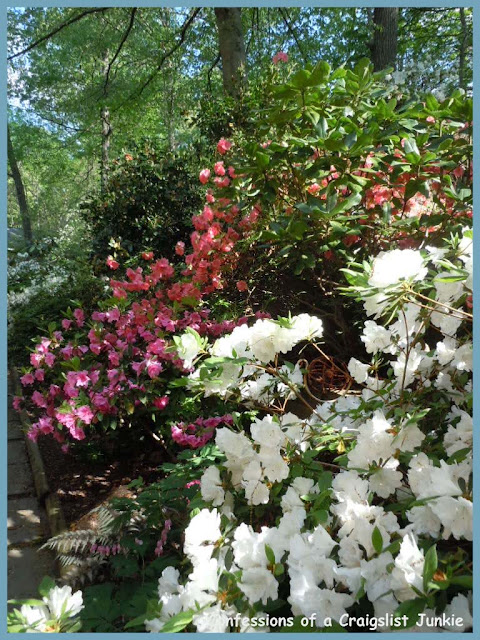 It's usually the white bushes first, then the pinks, followed closely the coral, and the burgundy last.  However this year the weather has been so warm (and may I say--so weird), there was very little time between the blooms. 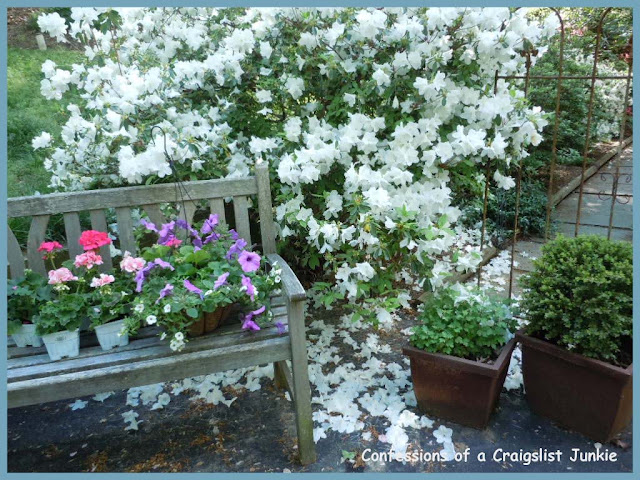 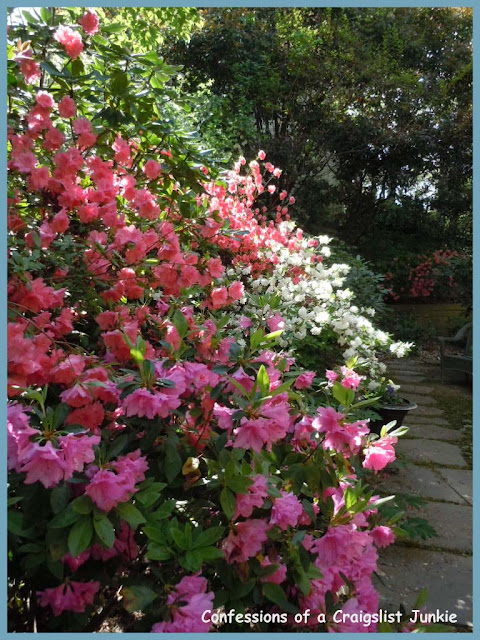 They pretty much came out all  at once, with the exception of the burgundy bushes.  We're still waiting for them. 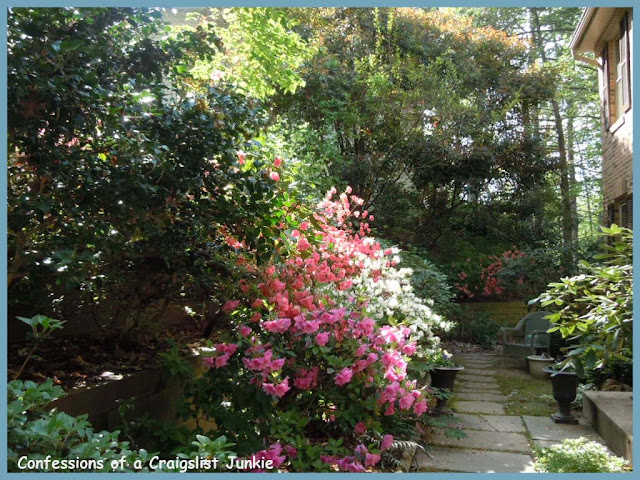 Most of the bushes are at the front of the house, but we also have some at the edge of the woods in the back, and along our driveway. 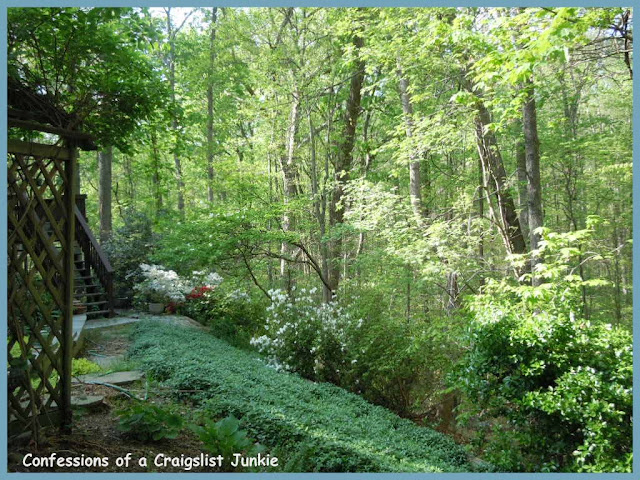 I love them--and the bumble bees do too! 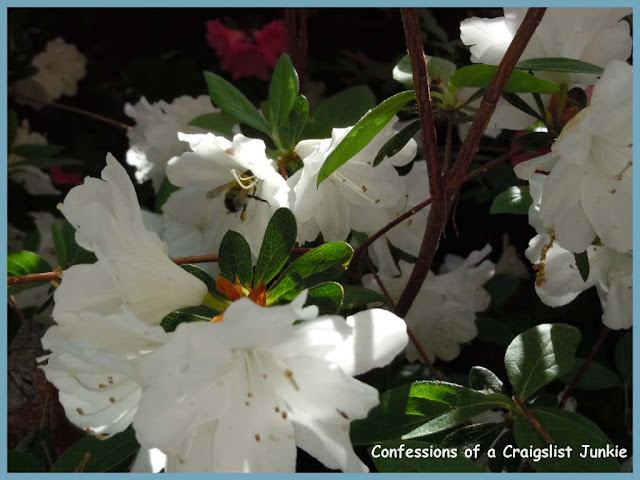 So what are your plans for the weekend?  I hope to get these plants in some containers, maybe get the table and dresser I'm working on for Lucketts done, and definitely spending as much time with our son as he'll let us! I have a feeling though we're going to lose out to his friends who are coming home to see him this weekend. But I can't complain because we've had him to ourselves all week. We couldn't have a nice chat at home until they took those stupid fans out, but at least we've been able to see him and have him with us! 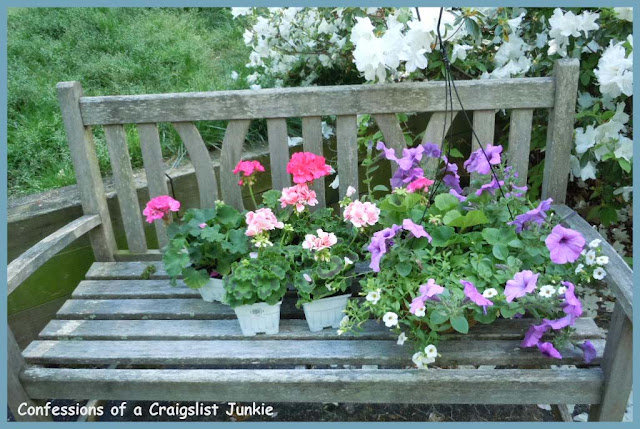 Have a good weekend!

Posted by deborah@confessions of a craigslist junkie at 9:39 PM

Email ThisBlogThis!Share to TwitterShare to FacebookShare to Pinterest
Labels: Gardening