On Saturday my friend Mary and I met up with Connie from Hartwood Roses and Janet from The Empty Nest to do the DC Flea.  And do it we did--up one row, down the next, blabbing all the way!  This was the first time I've met Janet, and she is just as nice as she seems from her blog.  And between the talents and ideas of Janet, Connie, my friend Mary who is an artist, and all the things at the Flea Market, the air was filled with creativity!

(I apologize for the photos:  I took them from my phone camera, and between that, the fact that there were crowds of people, and that I'm kind of short and tend to get jostled a lot, some of the shots of my favorite furniture pieces didn't come out at all, and some photos didn't come out as well as I would have liked ... and then to top it off, the battery died!)

I didn't go to the Flea Market looking for anything in particular.  I was mainly looking for inspiration.  I love looking at all things vintage. Here are some of the things that caught my eye: 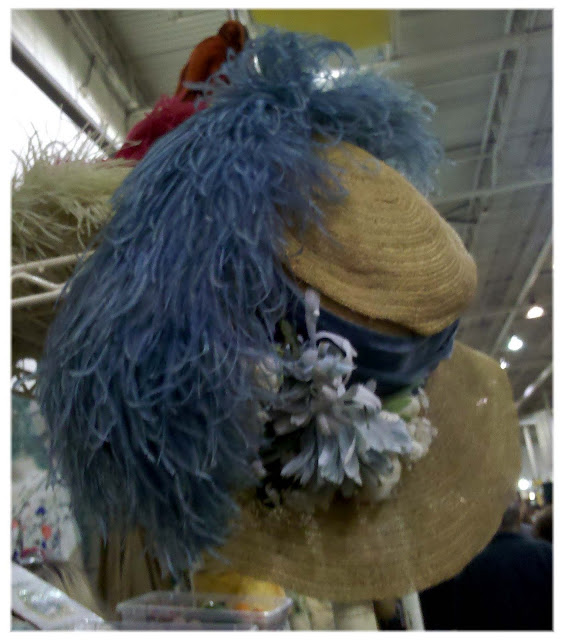 I'm a sucker for vintage clothing.  I used to wear more of it when I was  younger, and while I would never wear this hat, I love the soft colors, the velvet ribbon and flowers and the feather -- the art of it. 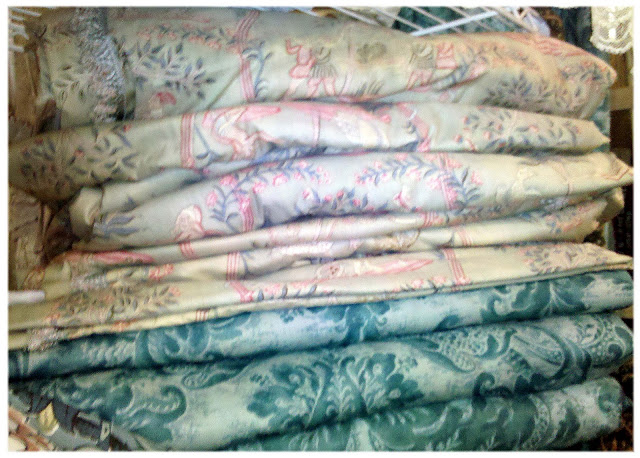 In the same booth was this stack of draperies.  I love the faded pastel colors.

We spent a lot of time at this booth which featured antique and vintage tin chocolate molds.  The vendor's parents started collecting the tins and she has carried on the tradition. 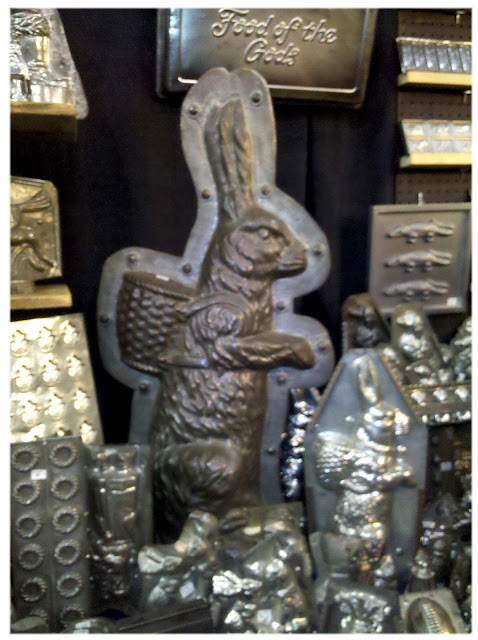 This large rabbit would have been for a mold that would be displayed in the window.  The smaller rabbit was the next size down, and that would probably have been for display too.  Both of these tins were priced in the $ thousands. 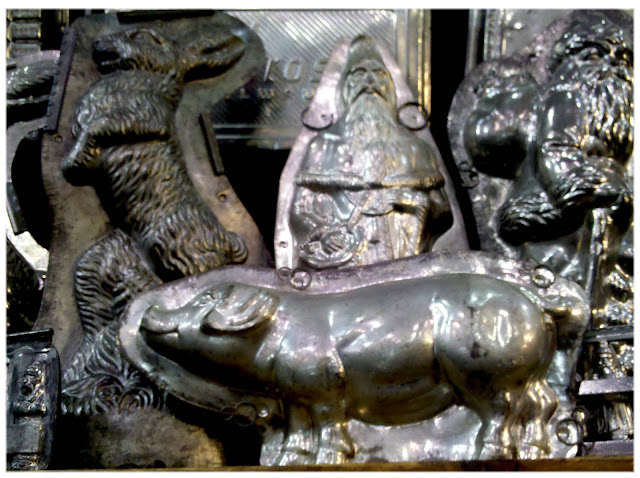 
This phone was pretty cute too. 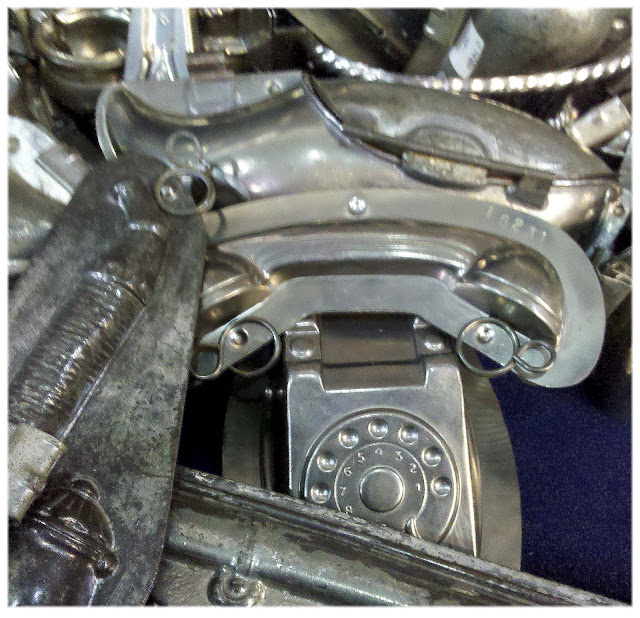 Actually, there weren't a lot of bargains at this flea market. But It's always fun to see something that I've bought at a thrift store marked at a much, much, much higher price at shows like this. And there was a lot of cool stuff.  Like this display mannequin from the '30s: 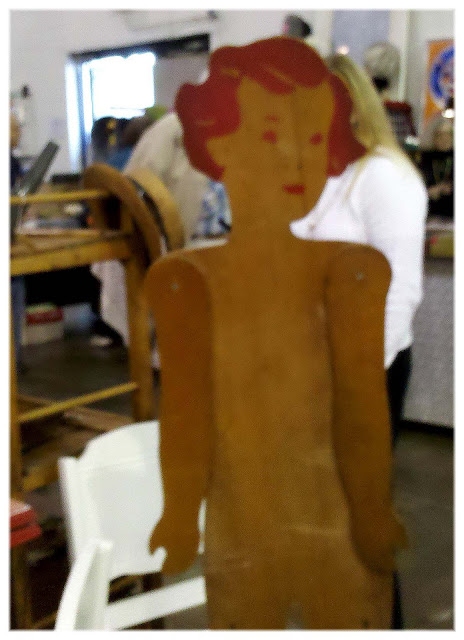 These chairs were fairly reasonably priced: 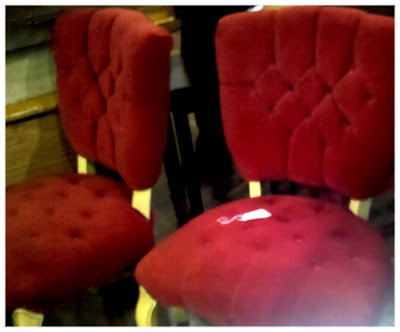 And these Hollywood Regency lamps, while not cheap, and not the style I have in my house -- were pretty darn fabulous!!! 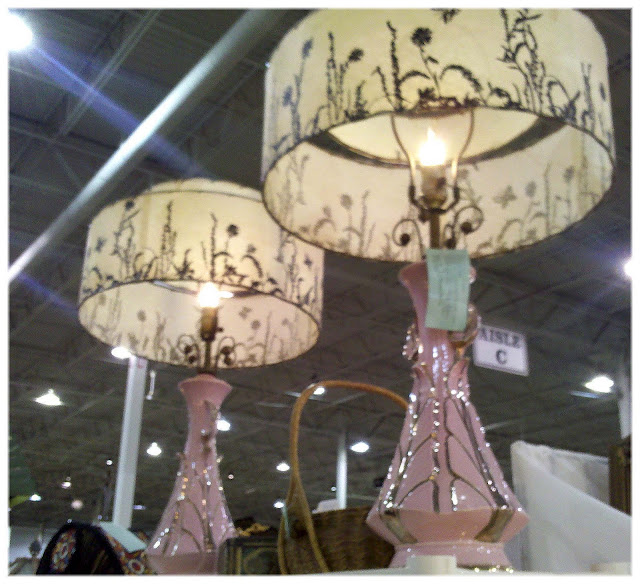 There was some painted furniture, but unfortunately my battery ran out before I saw most of it.  Here's some black and white that caught my eye. (And the bunny peeking out is pretty cute too!) 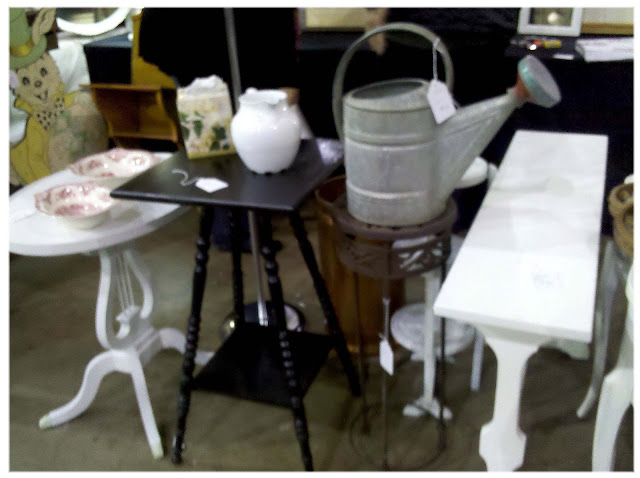 And I loved the detail on this piece, but it doesn't show well in the photo: 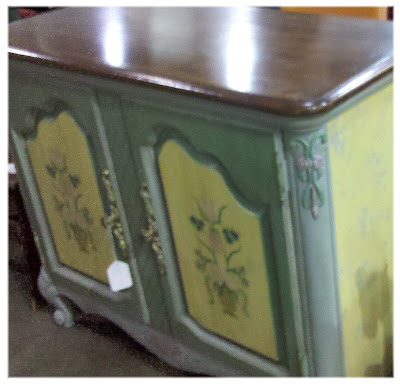 I took this shot to capture the paint finish on the mirror and the tin. 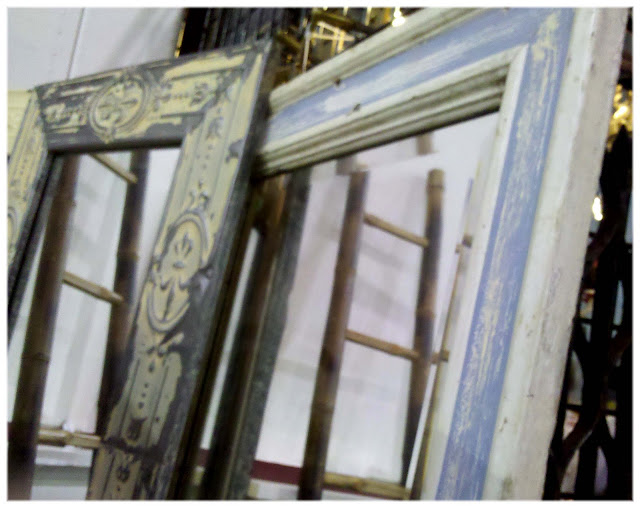 Like I need another dog lying around ... but this guy is pretty special. 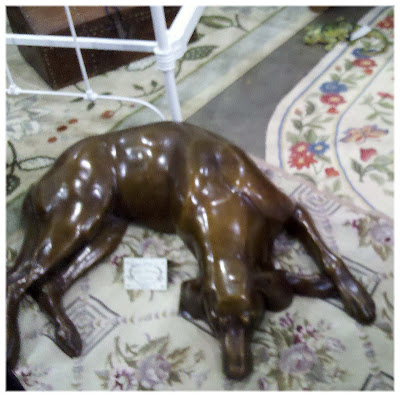 Ever wonder what to do with all your old suit jackets?  How about a tote bag? The woman who had this booth also made some great coats out of them. 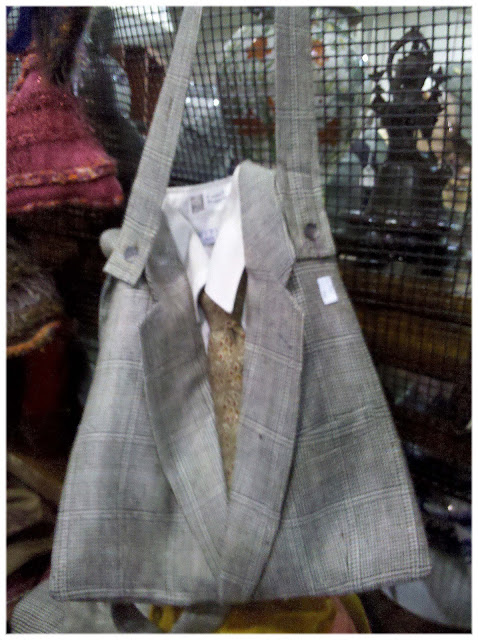 As far as purchases, Connie bought a stool and some other items, Janet bought a dresser she's going to paint, and I just bought a couple of small items:  a flour sack that I'll be turning into a pillow, a couple of vintage magazines that will eventually be used in some craft project (including a French one with a cover story about the "chic" French housewife), and some old silverware. Oh, and a necklace that isn't vintage or worth anything, but a girl's gotta have some bling!


After the Big Flea we went next store for a delicious lunch and more gabbing. All in all it was a great way to spend the day, and even if no bargains were to be found, I can't wait to do it again!
Posted by deborah@confessions of a craigslist junkie at 11:36 PM